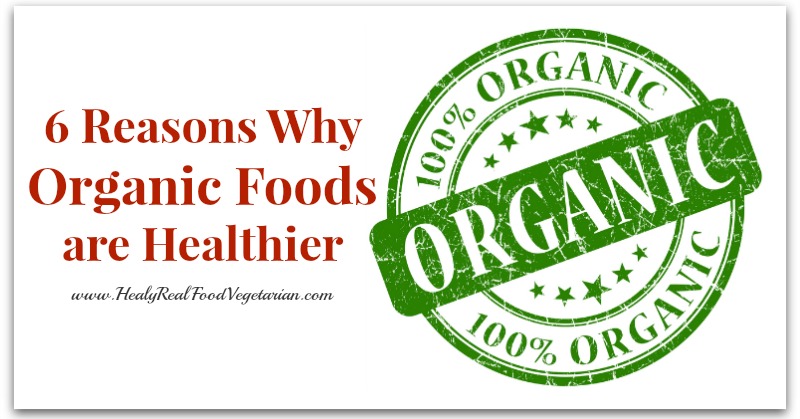 Most people realize that organic foods are healthier than those heavily sprayed with toxic chemical pesticides, but what most people don’t know is that there are MANY other reasons to choose organic foods apart from just pesticide residue.

In this article I will go over 6 different reasons why organic foods are healthier for people, animals and the planet.

Pesticide residue is probably the #1 reason why people choose organic foods. Pesticides are highly toxic materials and can pose the following health risks:

It’s scary to think that when farm workers spray pesticides on produce they are required to wear a hazmat suit for safety, yet it is considered perfectly safe for people to put those pesticides in their body. Even though it is a very small concentration of pesticides, low level exposure to pesticides over time is still harmful and can stay in the body. In fact, most of the health risks listed above are a result of extended low-level exposure.

Children are at an even greater risk to complications with pesticide residue. Furthermore, washing fruits and vegetables is simply not enough since pesticides soak into the produce–especially thin-skinned items like potatoes, apples and lettuce, making it impossible to remove all pesticides.

To find out which fruits and vegetables are especially susceptible to soaking in pesticides check out the dirty dozen and clean fifteen.

Another great reason to choose organic is to avoid GMOs. GMOs stands for Genetically Modified Organisms. They are plants that have been genetically engineered with DNA from viruses, bacteria or other organisms. For plants specifically, most GMOs have been engineered to kill pests by exploding the stomach.

There is more and more evidence coming out that shows the correlation between negative health effects and GMOs. I’ve listed some of this evidence in my article 7 Ways GMOs Are Hiding in Your Food:

One study showed that a toxin only present in Monsanto genetically modified Bt corn was present in pregnant women who consumed the corn as well as the umbilical blood of their unborn fetuses (1.Source). Another study found that rats fed GMO corn over 2 years developed tumors, had disabled pituitaries and developed kidney deficiencies. This same study found that the rats fed GMO corn died 2-3 times more than the control group (2.Source).

An in-depth report examining the claims made by Monsanto and the FDA in favor of the safety, health and benefits of GMOs showed that almost all of of these claims are false (3.Source). In fact, this report found that GMO seeds do not increase yeild, GMOs are not a safe or effective solution for world hunger, they harm soil quality, they are poorly regulated, and they can exacerbate allergies, ADHD, asthma and other diseases. (4.Source).”

If you want to learn more about GMOs I highly recommend the documentary Genetic Roulette. 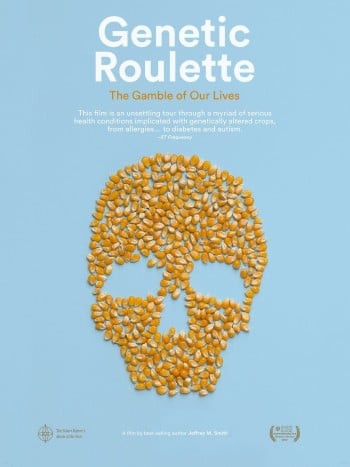 Luckily, organic foods are not allowed to be labelled as such if they contain GMOs.

The eight most common GMO foods are:

So, in order to avoid GMOs make sure that you get organic when buying any of the above foods or any packaged foods with corn, soy, sugar, cottonseed or canola in the ingredients. One of the challenges to eating out is avoiding GMO oils like canola oil, corn oil, soybean oil and cottonseed oil. To learn more about healthy oils see my article 6 Healthiest Cooking Oils.

3. Decline of the Bee Population– How it affects food production

I’m sure most of you have heard about the decline of the bee population, but many people don’t know what that means for the future of our food.

I’ll admit that, years ago, when I first heard about Colony Collapse Disorder (the name coined for the massive decline of the bee population), I thought, “oh, that’s too bad, but really, it’s not that big of a deal because we can learn to live without honey…” 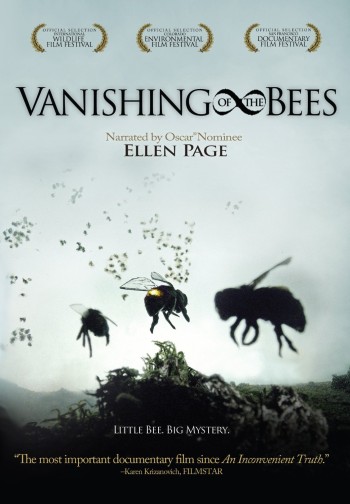 Then, when I saw the documentary Vanishing of the Bees, I realized how integral bees are to the production of MOST of the fruits, vegetables and even nuts that we eat. 30% of the world’s crops are dependent on bees.

In fact, bees are such a huge part of commercial produce production that there are people that transport huge truckloads of bees all over the country so that they can pollinate the plants that grow our food. But, because of this large-scale factory farming style of transporting bees paired with the increase of GMO foods and pesticide use, the bee population is dying out at an alarming rate.

One of the reasons that Poland outlawed GMO corn was because they saw the direct connection between bee death and the GMO plants and pesticides that they were deriving pollen from. Bees are insects after all, so if they are picking up pollen from plants heavily sprayed with insecticide, wouldn’t they suffer too?

Another great reason to switch to organic is that foods carrying the organic label are not allowed to use hormones or antibiotics. This is especially important with animal foods like meat, dairy and eggs.

Most animals from non-organic CAFOs (concentrating animal feeding operation–also known as factory farms) are heavily medicated with antibiotics and hormones. Because the living conditions are so abhorrent, the animals would not survive the filthy conditions without consistent antibiotics. Most animals are packed in so closely that they can barely move at all, they must defecate where they stand because there’s no where else to go and because of this they are living in their own and the surrounding animals’ filth. Animals are also usually fed GMO corn and soy because it is the cheapest option, however farms animals have not evolved to eat this kind of food, so it makes them sick, requiring more antibiotics.

Because most non-organic animal foods contain antibiotics, this means that you are also consuming small concentrations of antibiotics when you consume these animal foods. This excessive use of antibiotics creates antibiotic resistant super-bugs or in other words, diseases that are immune to medicine.

Synthetic hormones like steroids are used in CAFOs to speed up livestock growth and production. Consuming added hormones in meat and dairy can impact your hormonal health and can even contribute to cancer. 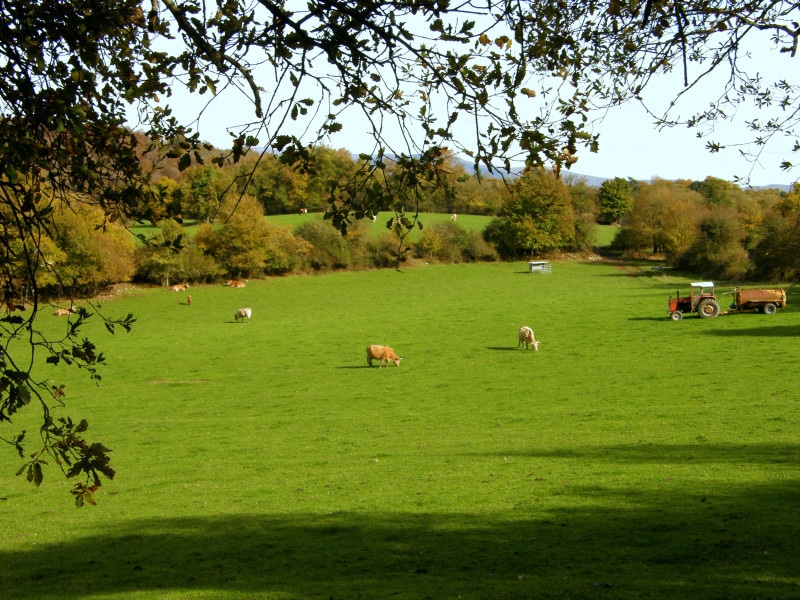 Because of all of the synthetic fertilizers, chemical pesticides and pollution resulting from conventional farming, soil health in the United States is rapidly declining. This is one of the reasons why most people are deficient in magnesium.

One study found that, “Organically farmed tomatoes have significantly higher levels of soluble solids and natural plant molecules called secondary plant metabolites, including flavonoids, lycopene, and Vitamin C. Most secondary plant metabolites are antioxidants, a class of plant compounds that have been linked to improved human health in populations that consume relatively high levels of fruit and vegetables.”

Do you have anything to add to this list?

Why do you choose organic?